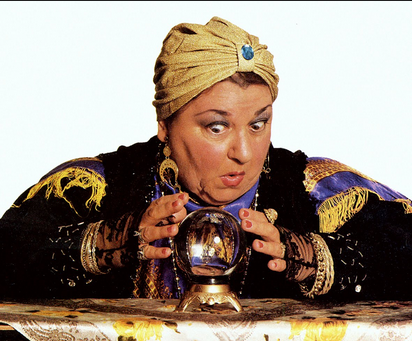 This week we did our first “Live Cast” and full episode video. We had a few hiccups, but no really loud burps. I think. It was a lot of fun having Carrie Pants and seeing real time feedback from our veritable sea of fans. Possibly the Dead Sea, I don’t know. Anyway, here we go.

Our first story comes to us from Florida. It seems that if you win a huge lottery payout in Fla. you can’t just collect it anonymously. Seems to me that telling the whole world you have just received 30 million dollars is not a good idea. Well, Florida.

This next story shows how a degenerate, no-necked dirt-bag who can’t get laid because he looks like a villain from a Lord Of The Rings movie tries to use his position to blackmail patients into sex acts with threats.

Imagine that you are a single man who meets a mysterious, dark haired woman who wants you to “Come over to her place”. Sounds pretty good right? Well not for this guy.

If you have seen the movie “Minority Report”, you know about the whole plot surrounds the theory of “Pre-Crime”. Well some law enforcement agencies are using crime statistics to justify harassing  individuals and their families, under the premise of the likelihood that these people are the most likely to re-offend. It turns out that they just want to drive them out of their jurisdiction.

Things got a little mixed up with the story time-line and we touched on this little gem. I wonder what they called this condition 100 years ago?

This story is as sad as any. Killed over texting at a movie.

The lunches at Loyola University must be really good!

This story is like the anti-urban legend. In north dakota we don’t really have an “Urban Area”. We do have have legends, and rumors of legends. And no shortage of colorful characters. It seems that this character herd one of those.

I think that someone does not like these people very much.

It’s a stories headline that gets your interest, but the article itself that gives you the facts. But I wonder if this cop just used the popping noise thing as an excuse to shoot. I might.

I think that if the shoes wouldn’t stay on, just leave them off.

Here is the  music we had queued up as a tribute to Shanty’s dad Vicente that didn’t play.

One thought on “Psychic Policing”